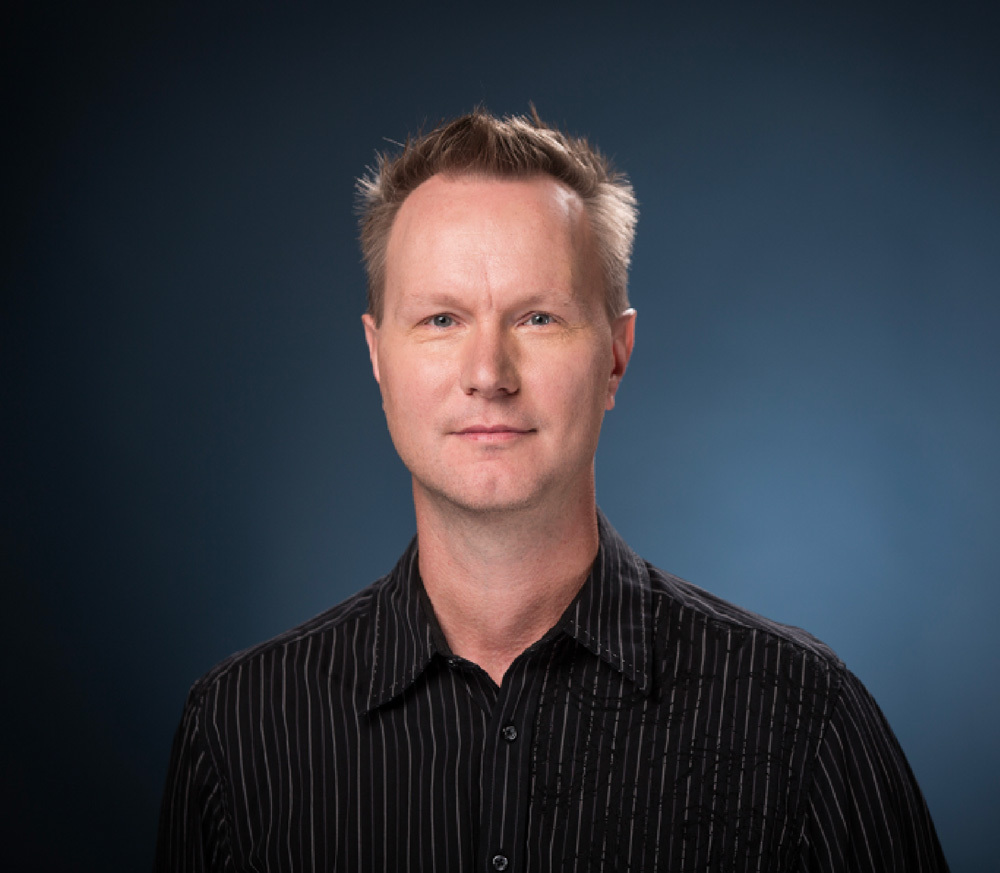 Martin Englund has more than 25 years of engineering experience. He began his
career in administrator roles, progressed within the industry to DevOps roles, and currently works as a site reliability engineer (SRE). His impressive career includes positions with esteemed tech companies such as Sun Microsystems, Oracle, VMware, and Facebook.

Englund’s accomplishments include the development of multiple deployment tools, the creation of server utilization visualization tools, and the maintenance and feeding of GPU clusters. He is passionate about DevOps and has been a longtime advocate of its critical role in improving integration, testing, and deployment.

Before working with Harrison Clarke, Englund had been at Facebook for four years. Although he wasn’t actively looking for a new career, he felt as though he had hit a wall.

“It’s a good company to work for with interesting challenges,” he said. “The
problem is that everything for Facebook is only meant for them. When you leave,
you can’t use these tools for any other platform.”

Knowing that there were limitations with his day-to-day work at Facebook, Englund kept up to date with more universal DevOps tools. He knew that having experience with only Facebook’s tools would keep him from progressing or venturing out.

Four years in, Englund had reached a turning point. He could either remain at Facebook or take the leap to something new. He realized he wanted to go back to the open-source world. With this realization, he was ready to network and seek out opportunities that fit this passion.

“I really enjoy working on the technical stuff and sharing guidance on that,” Englund said. “Also, automation, as you can’t have good security without it. I wanted to be part of the whole journey.”

A Recruiter as a Partner, Not a Salesman

Englund was familiar with the world of recruiters, and he acknowledges that he felt most of his previous interactions with them were pushy and salesy. With a negative perception of the industry, he found it refreshing when he met the CEO of Harrison Clarke, Firas Sozan.

“Firas first contacted me about a consulting job, but I wasn’t looking at the time,” Englund shared. “It was the first time I didn’t feel sold to, and that was new.”

Englund didn’t take the consulting gig but was impressed by Sozan’s
response because he didn’t push and simply said he would keep in touch. “Firas wasn’t a typical salesperson, always looking to close the deal quickly,”
Englund added.

When he did begin to work with Harrison Clarke, it was a positive experience. Englund noted that Sozan was like a “sounding board” for him, providing him with honest recommendations about his career path.

“We’d go through the pros and cons of a certain job,” Englund said. “And he’d offer insights on the company, the kind you can only get from knowing someone who works there.”

Sozan also took into consideration Englund’s career goals, something that most candidates don’t encounter in any industry. It was never about making the sale or having only the interest of the employer in mind. Harrison Clarke cared about Englund’s happiness and satisfaction.

Candidate fit is something that benefits all parties. Employers get a great, qualified candidate, and candidates find a job that meets their career aspirations and sets them up for success.

Looking at recruiting in this manner is unique because most firms don’t see these placements as anything but a transactional process. Harrison Clarke, on the other hand, sees the value in its alternative approach.

“If I’m placed and love the job, he’ll go back to them and get repeat business,” Englund said.

“Firas first contacted me about a consulting job, but I wasn’t looking at the time. It was the first time I didn’t feel sold to, and that was new.”

A Great Fit for His Career Goals

Harrison Clarke was able to place Englund with a company as an SRE. “It was an excellent fit for what I was looking for, and I was well paid and had great benefits,” he said.

His experience with his new employer was much different from his time at Facebook, which gave him little work-life balance. In his new role, Englund had more control over his time. The new role came with exciting challenges, too, including building out the SRE function.

“They brought me in to help with the transition, rebranding it from operations to SRE,” Englund said. “They changed the name and titles but had not changed the mindset. I was able to teach and train those people from an ops person to SRE.”

Finding this new position took only a few weeks, which was less time than Englund expected. In reviewing the opportunity with Harrison Clarke, he knew it would provide him with the freedom and technical challenges he desired, and the relationship between Englund and Sozan didn’t end after the placement.

“A few weeks after my placement Firas called me personally to check in and see how things were going, which I found impressive.”

A Changed Mind and Advocate

Englund was responsible for building out the SRE team at the company Harrison Clarke placed him with, interviewing all SRE candidates—and those who came from Harrison Clarke were always high-quality applicants who aligned with the company’s goals.

The company eventually decided to go a different way with recruiting, though, and Englund saw the quality of the candidates diminish. “The new leads didn’t work once the company stopped working with Harrison Clarke,” he said.

Englund subsequently left the company after a change in leadership.
He’s now content working as an SRE for a startup. He’s able to coach and mentor junior colleagues about how to be an SRE. When his new employer begins to expand, he’ll be calling on Sozan to find candidates.

Englund’s experience with Harrison Clarke certainly made him rethink his conception of recruiters. Before he met Sozan, Englund’s primary notion of those in the industry was that they were always trying to close deals, not help candidates find the right fit for their career and needs.

“Harrison Clarke is not just trying to place people for money. They want repeat customers. I’ve referred many people to them, and no one’s been disappointed.”