What Are Distributed Systems?

A distributed system designates a group of independent software components that run as a single system. These independent components, or nodes, are spread across multiple computers connected by a local or a wide area network. They exchange messages to communicate and coordinate in order to complete a task more efficiently than a single device. A distributed system may be composed of a myriad of hardware devices (such as personal computers, mobile phones, mainframes) or software processes, working towards a common goal and feeling to the end-user (either a person or an application) as a single computer.

The growing complexity of IT and the acceleration of digital transformation have long surpassed the capabilities of traditional computing environments. Today, organizations have to manage massive data centers and colossal codebases, and doing so with monolithic systems is challenging, if not entirely impossible.

As opposed to centralized systems, distributed computing can process large workloads and manage millions of online users at the same time. Because several machines in a distributed system process the same function concurrently, if one device is unavailable, the others keep the system running, ensuring stronger fault tolerance and reliability. They are easily scalable by design which can significantly increase speed and agility. 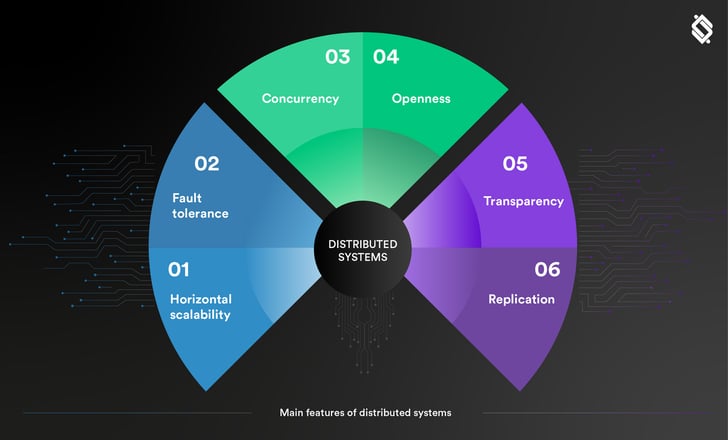 When the workload increases, the distributed system is easily extendable by spinning up additional processing units as needed.

Several processing units can work on the same tasks in a distributed system, ensuring that the entire system continues to operate if one unit crashes.

The components of a distributed system perform tasks simultaneously and nonsequentially.

This property designates how teams can develop the distributed system by integrating new components or replacing existing ones without affecting the overall computing environment. In addition, thanks to smaller units, distributed systems have the flexibility to update and scale them independently.

Transparency is an essential feature of distributed systems that allows the users to interact with one system without any knowledge of its complex architecture. This process is also known as abstraction, where a distributed system consisting of millions of components spread across multiple computers translates into a single logical unit to the end-user.

Distributed systems ensure increased availability and reliability by replicating components such as hardware, software, or databases. Plus, enabling information sharing and communication among redundant resources improves the system’s performance and helps dissimulate for the end-user any response latencies (especially important with geographically distributed machines). 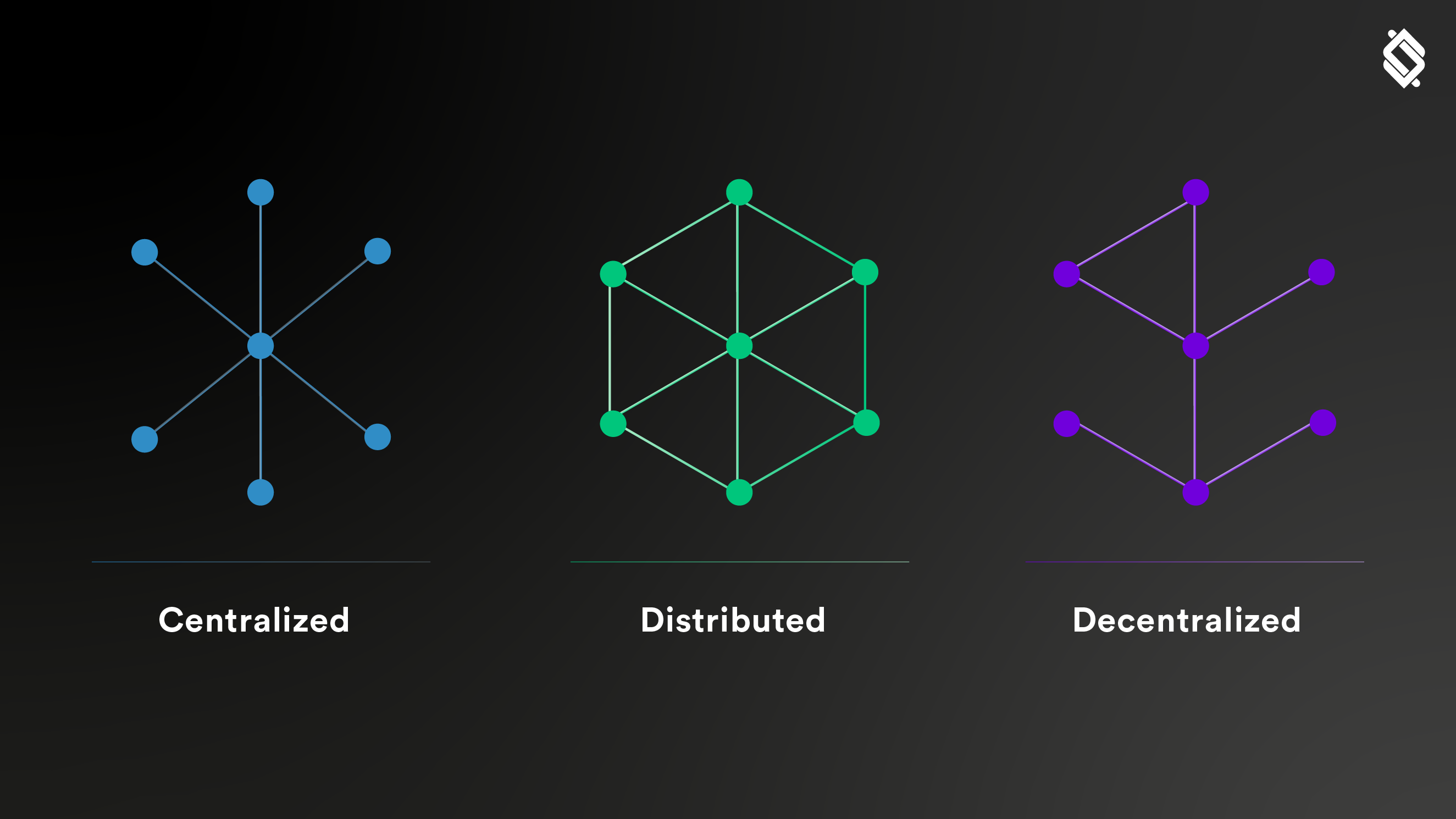 Simply put, a distributed system starts by splitting a problem into many tasks and distributes them to thousands of different computers (or nodes). When a node finishes a task, the managing application assigns it a new one, repeating the process until the system reaches the end goal. By drawing on the capacities of multiple nodes, distributed computing increases the velocity of deploying code to production.

Splitting applications into smaller units (or microservices) provided giant companies like Amazon, Netflix, Google, or Uber the agility and reliability to adapt quickly to consumer demand, thus setting in motion a new trend for faster feature and update releases in the tech and business world. Distributed systems have significantly evolved over time. Today’s most common applications operate via the internet and, particularly, the cloud. In fact, the proliferation of cloud native technologies further enables the adoption of distributed systems. Cloud services such as Infrastructure-as-a-Service, Platform-as-a-Service, and Software-as-a-Service make distributed computing more accessible for all businesses.

Modern application environments are increasingly complex, meaning the workload is too significant for a single computer or processing unit. Today, many new technologies rely on distributed systems to respond to the rising demand for faster and more productive development cycles. According to a 2021 survey on digital innovation, eighty-seven percent of tech leaders believe that developing apps using microservices is the future. They also suggest that companies need to make the jump to distributed systems to maintain a competitive edge.

The benefits of distributed systems

Regardless of the intricacy of the application or service, distributed computing delivers clear benefits over centralized systems. By utilizing the capabilities of an array of computing units and processes, distributed systems can sustain higher levels of performance and enhanced speed and agility than a monolithic system could provide. In addition, distributed systems have greater flexibility to scale by add computing resources as often and quickly as needed.

Today, innovation drives the business landscape, powered by software as a strategic competitive advantage. Moreover, as consumers are drastically shifting toward mobile and internet-connected devices for routine tasks, the need for a reliable service, available anywhere and anytime, further enables the adoption of distributed computing. As the trend toward digital transformation continues to rise, businesses become reliant on distributed systems to innovate in a flexible ecosystem and respond to the ever-changing consumer demand — otherwise facing obsoletion. 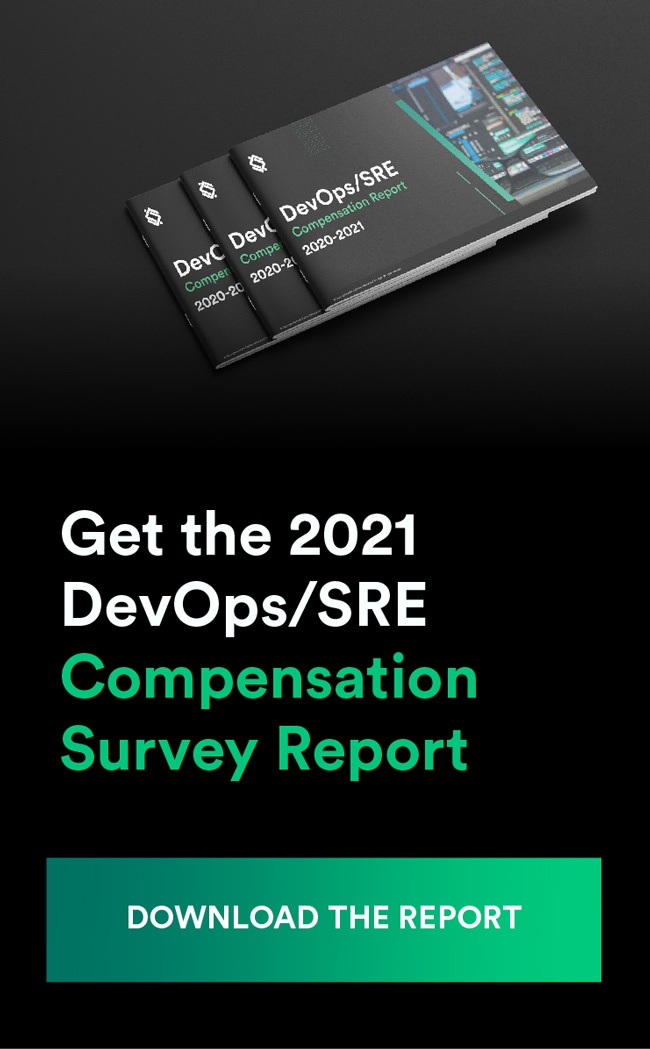 In today’s technology-driven world, bringing new and higher quality services to market fast is critical for business success. Plus, to stay ahead of...

Read More
BLOG
How to Enhance CI/CD Security with DevSecOps

Continuous integration (CI) and continuous delivery (CD) are two critical components of DevOps practices. They are often at the crux of where...