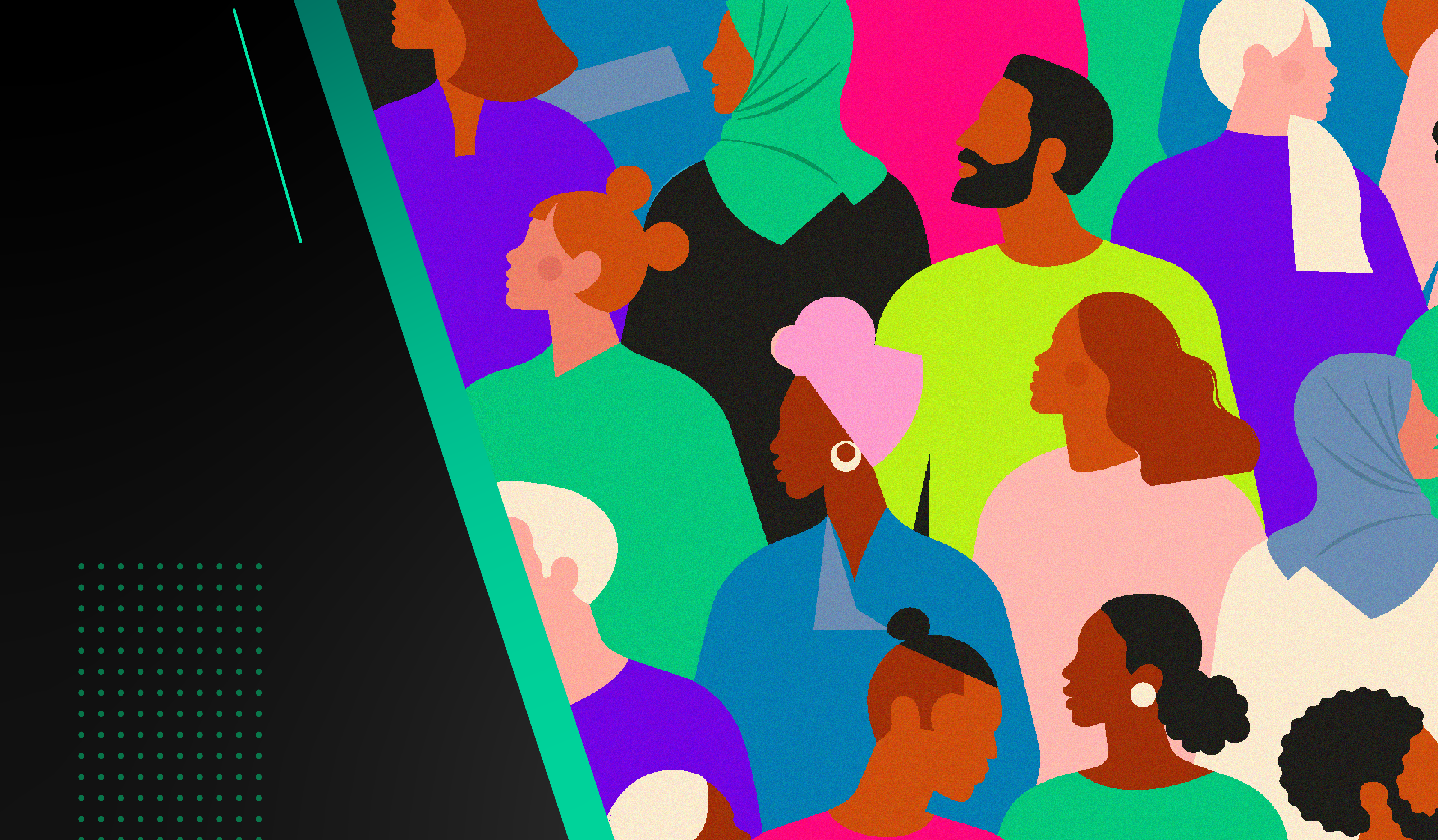 Diversity and Inclusion in DevOps

“If man is to survive, he will have learned to take a delight in the essential differences between men and between cultures. He will learn that differences in ideas and attitudes are a delight, part of life's exciting variety, not something to fear.”

It is a long-known fact that Silicon Valley is a predominantly white, male industry. People of different gender, race, socioeconomic background or sexual orientation are still misrepresented. In the Harrison Clarke 2021 DevOps/SRE Compensation Survey report, we found that only 5% of respondents identified as female, while 76% of participants said they were white/Caucasian, followed by 10% Asian or Asian American and a mere 1.67% Black or African American. 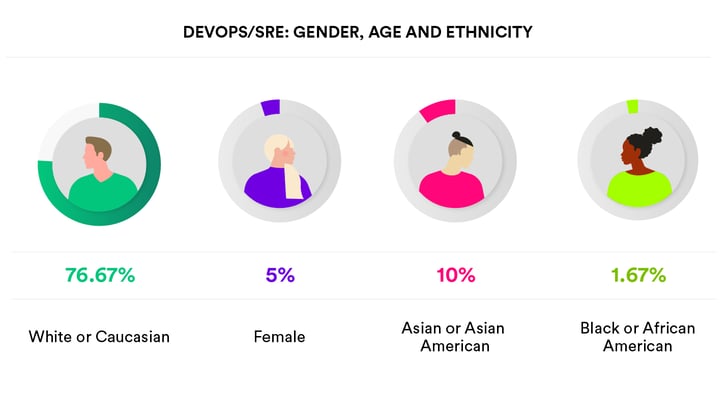 Although the tech world has a bad reputation when it comes to diversity and inclusion, the DevOps space, by design, cultivates close collaboration and communication between people coming from different backgrounds. DevOps broke down silos and brought together engineers with diverse expertise under the same umbrella, resulting in faster, better, and more reliable product development, thus proving that diverse minds working hand in hand can lead to greater results. Diverse groups exchange a wider range of information, and DevOps is a clear example of the beneficial impact of this approach.

The recognition of the business value of inclusion and diversity has significantly improved over the past few years. The movement started more than ten years ago, and while conversations are becoming more prominent, tangible results are slow to come. Furthermore, as the demand for DevOps/SRE professionals is increasing, focusing on implementing diversity and inclusion opens the door to a larger talent pool with twofold positive effects – on the company’s profitability and people’s lives.

How does diversity actually impact a company on a business level and at an organizational level?

At an individual level, the way we approach work is highly influenced by our disciplinary backgrounds and socioeconomic environment. Diversity brings together different ways of thinking and methods of tackling problems. Different education and experiences lead to different perspectives that enrich the workspace and deliver better collaboration and results. 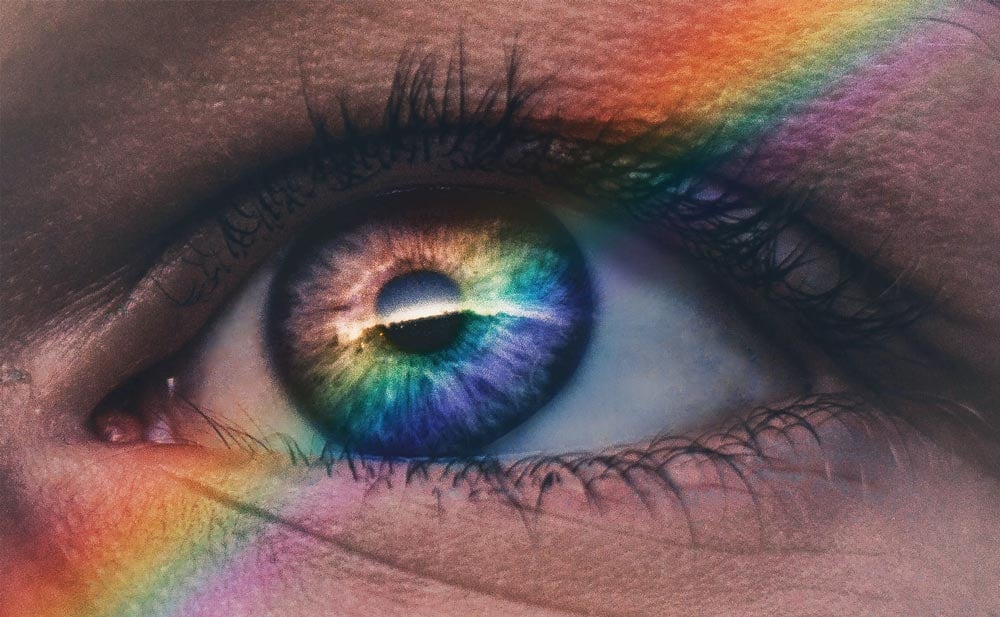 We have seen in the past years that diverse organizations report higher levels of success than uniform ones. Diversity helps reduce bias and cultural differences by encouraging each individual to approach a task from an entirely new viewpoint. Diversity in DevOps teams pushes every engineer to challenge their routine thinking process more often, thus opening the gate to a broader range of ideas.

Plus, a diverse workforce means a multilingual team that can provide organizations with a broader understanding of different cultures and help tap into new markets around the globe. When organizations seek to expand their business worldwide, having people on board that represent the target markets becomes not only crucial but a competitive advantage.

Creativity is arguably one of the main ineluctable positive effects of diversity in the workplace, and for a good reason. At some point, similar mindsets will come up with the same ideas or problem-solving strategies, and innovation turns into stagnation. Like-minded people tend to rely on the assumption that they will get along easily and share the same points of view on a matter. This false assumption results in a decrease in creativity and, consequently, innovation.

However, when members of a group realize they come from varied backgrounds, be it social or disciplinary, they start anticipating differences of opinion, which enables them to challenge their creative mind in order to find common ground. Diversity in race, gender, or educational and socioeconomic background means bringing together unique experiences and information that cultivate diversity of thought.

For many companies, the most significant outcome of diversity in DevOps is its potential to bring about more efficient product development and ultimately higher revenues and profits. Still, it’s not easy to build and sustain a culture of diversity and inclusion. A simple explanation is that while diversity expands the collective perspectives of a group, it also requires harder work to reach consensus. Sure, diversity challenges individuals both socially and cognitively, but with hard work come better results.

Early stages of cultural development entail a high degree of conflict arising from diverse perspectives. Diverse perspectives enrich but also collide. Successfully inclusive workplaces leverage this conflict and focus on bringing out the best in people. For instance, Victoria Guido of Blackstone Federal argued in her 2019 DevOpsDays Baltimore speech that diversity and inclusion are a “lagging indicator of overall cultural health.”

Nonetheless, business executives often view diversity and inclusion as a human resources issue and not a leadership priority. If we look to transcend simply talking about the problem to actually fixing it, the approach to diversity and inclusion should come from the top. At its core, DevOps culture is one of collaboration, communication, and shared responsibility. In mediating the potential conflict arising from diversity, leaders should strive to find common ground for different mindsets to get along. All in all, we should not forget the very thing we all have in common—that we are human.

The COVID-19 crisis has dramatically affected the labor force. Many sectors with high physical proximity shut down; workers deemed essential...

Looking at the history of Silicon Valley is one way to better understand why it outperformed other technology hubs and remained for decades the...