The past year marked an unforeseen acceleration in digital adoption that further established the strategic value of DevOps and Site Reliability Engineering (SRE) best practices. As consumers turned dramatically toward online channels amid the 2020 pandemic, companies were quick to follow in order to meet the new demands. This shift was largely possible due to the advanced technological capabilities available today.

Still, organizations that had already embraced and implemented the DevOps methodology managed not only to keep up with the new landscape but to increase profitability. At the same time, those previously reluctant were slow to adapt or even failed altogether. The COVID-19 crisis was the necessary catalyst to push companies over the tipping point and recognize the essential importance of DevOps and SRE. 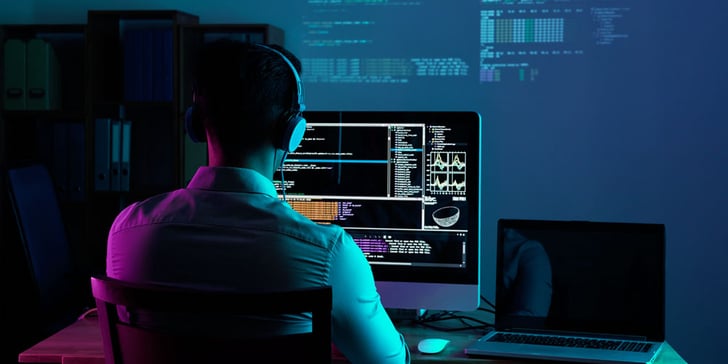 DevOps and Site Reliability Engineering emerged 15 years ago and evolved in close connection, sharing the same foundational principles. Since its inception, engineers who demonstrated the skills and mindset needed to become an SRE were hard to find. The field is still relatively new in the tech world but is rapidly evolving and attracting executive interest across almost all sectors and industries.

Although opportunities to become a DevOps/SRE professional fly through the roof, top talent is in short supply. As a result, companies struggle to enter the market and compete for candidates, while engineers have difficulties navigating the various job openings and compensation offers.

However, understanding the current state of the DevOps/SRE market in the United States can facilitate access to a larger talent pool. Plus, it can ensure the talent itself gets an accurate picture of the role’s potential worth.

According to the Harrison Clarke 2021 DevOps/SRE Compensation Survey (covering aspects such as role identification, location, gender and ethnicity, standard compensation packages, incentives, and benefits), the majority of respondents are primarily located in New York and California. The role identification varies slightly following location.

Furthermore, the dominant presence of DevOps and SRE professionals in two central geographic locations points to a huge opportunity to access untapped talent across the country. Plus, the significant shift toward remote work further expands the possibilities to find top candidates among a broader and more diverse workforce. In a niche market like DevOps/SRE, remote work increases the chances of securing diverse talent.

“Since the pandemic and the shift to remote work, 1 in 5 placements we make is female, whereas pre-pandemic only 1 in 30 was female. This clearly shows that moving to a remote setting has opened access to a wider talent pool.”

Throughout the years, the tech world has garnered a reputation for being male- and white-dominated. Our survey found that the DevOps/SRE space falls within the same confinements, with a mere 5 percent of respondents identifying as female and 76.67 percent of respondents belonging to the white/Caucasian category (Exhibit 1). The findings point to a considerable gap in diversity in DevOps, which may also explain the scarcity of talent. However, the data also highlights a great growth potential. In today’s economic and business climate, maintaining a competitive edge requires a clear and strategic focus on diversity and inclusion.

Furthermore, when analyzing satisfaction with the base salary in the DevOps/SRE marketplace, half of the female respondents were less happy with their total compensation and rated their salary average or below market average (Exhibit 3). Considering that more than 60 percent of respondents rank their base salary or total compensation above the market average and lower satisfaction leads to higher churn, companies hiring DevOps and SRE professionals need to build their offers based on reliable salary benchmarks.

Compensation packages in the DevOps/SRE world often include a benefit plan, bonuses or incentives, and stock options. According to our survey, 85 percent of respondents receive stock options or restricted stock units as part of their total compensation (Exhibit 4). Equity is a common practice among startups, but when we looked at the maturity level of the companies, we found that most respondents work for more mature organizations (Exhibit 5). As the DevOps/SRE market is presently at a highly competitive level of compensation, company executives looking to hire top talent need to meet the market standards and even look beyond salary to entice a Site Reliability Engineer with substantial experience in the field to change jobs. 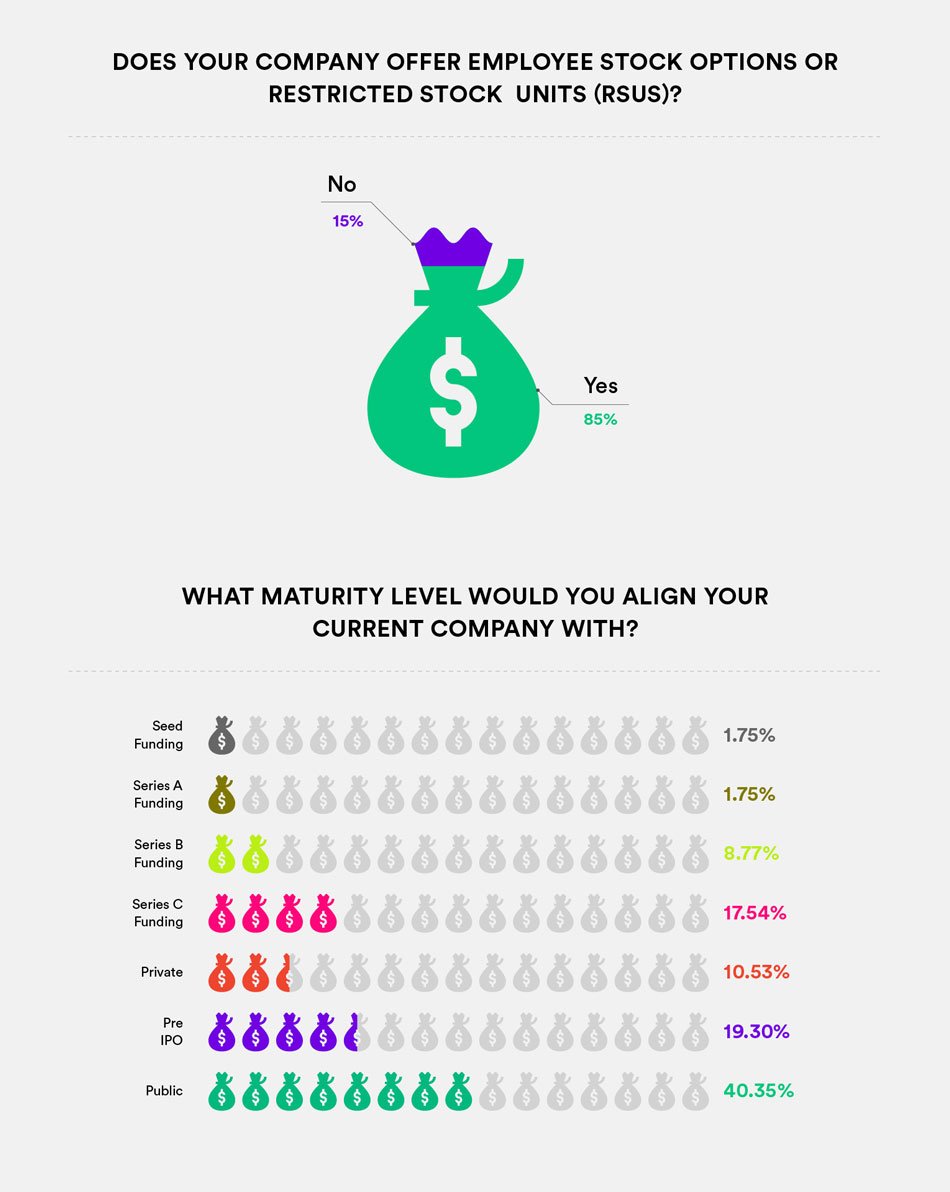 The DevOps/SRE world has evolved considerably during the last decade, and its rise is unlikely to slow down. According to Firas Sozan, CEO and founder of Harrison Clarke, “the need for DevOps/SRE talent has gone up dramatically since the start of 2021. We are now registering on average three new jobs per day across businesses.”

The market faces an imbalance in offer versus demand and struggles with equal representation in the workplace. Shifting toward a permanent or hybrid remote workforce and focusing on a cultural change that embraces diversity and inclusion has a great potential to open the gate toward a larger and more efficient talent pool. Expanding the horizons of the DevOps/SRE space will benefit companies, engineers, and consumers alike.